Include and Transcend : Regret 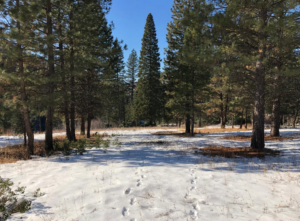 For months I paid my email platform to send newsletters I never wrote. Every time the monthly receipt arrived, “Darn, here it is again…” My friend Jim P. continued to send pictures of his personal Walden project and ask about my next newsletter. I’d promise to send one as soon as my brain found space in-between projects.

Either my brain shrank or the projects continued, likely both. I told Gina B. I didn’t want to be an entrepreneur anyway, which we agreed was true. I gave myself April as a deadline and blew it. Jim sent more pictures.

Somewhere in there I opened a yoga studio in McCall, organized the Arts Council’s Cabin Fever season, ran coaching calls and a couple retreats. I wrote drafts of essays and left them on my desktop. Nothing from Jim in awhile, but Jackie S. texted, “You’ve been quieter than usual…” 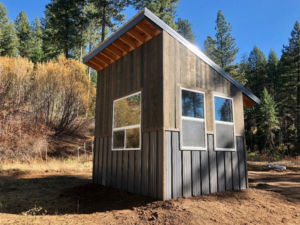 Then one day, the paper arrived and I read Jim’s obituary. It took several minutes to actually believe it. He was only 70, active, and having a blast clearing land and building a cabin.

When we think about death, we think about checking off the bucket list, finishing the projects, completing some kind of purpose, leaving a legacy. We think about resolving family conflicts and making sure people know our relationship has mattered. Until now, I never thought how I might leave something unfinished that someone else wanted.

While I know there’s no obligation to Jim, I still feel a sense of regret. That I missed an opportunity. I know we’re always missing those too—there’s always more on the life banquet table than we can choose. I feel sad because I didn’t give someone something they actually requested.

So I want to honor Jim by returning to writing again. I think he’d approve. I also want to honor the unfinished conversations, unspoken compliments, shadowed parts of relationships we understand years later. How death brings us insight and appreciation.

I hope Jim’s spirit will drop in some day to help me tromp over a fallen tree, ski down a steep slope, or start the dang article. If not, I have his encouragement already here, nudging me along.